Posted on November 5, 2014 by Thirdscreen Marketing

This year mobile use in the US finally surpassed desktop use, with 60% of total digital media time spent on smartphones and tablets, up 10% from the previous year. The US has finally caught up with global trends, and the mobile screen has become the primary screen.

That fact will define not just the mobile landscape but also all digital media strategy in 2015. 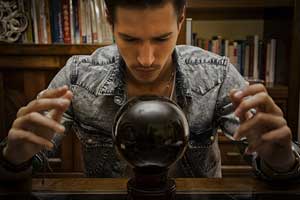 ​With that in mind, my team and I conducted research and interviews with industry leaders, along with vigorous debate and internal discussion, to arrive at the following predictions and some major themes we expect to see in 2015.

In 2014, wearables became a consumer reality with the much-anticipated Apple Watch announcement. This still-unreleased product managed to overshadow smartwatch releases from all other major consumer electronics manufacturers. Combined with the massive success of this year\’s iPhone 6, Apple\’s Midas touch is not wearing out any time soon.

In 2015, the wearable trend has the potential to redefine and reignite the entire mobile ecosystem.

The Pebble watch, while a groundbreaking device, has only sold about 500,000 units to date. The Samsung\’s Galaxy Watch fared better, selling almost 800,000 units. These modest sales figures imply that wearables are just a niche product for nerds in Silicon Valley.

We believe the debut of the Apple Watch, however, will demonstrate the commercial viability of wearables. Though some estimates for Apple Watch sales are as high as 30 million units next year, we think it will sell at least 15 million in 2015.

2. Even more consolidation of advertising technology companies will occur

In 2014, the mobile advertising market ballooned: Facebook reported that 62% of its revenue from mobile ads in Q2 and global mobile ad spending increased 75% to nearly $32 billion—that\’s one-quarter of the digital ad spend for the entire world.

Moreover, there was massive investment in mobile real-time bidding (RTB), with spend up 69% from Q1 to Q2. Ad networks moved to adopt RTB or buy pureplay mobile ad exchanges: Yahoo acquired Flurry, Millennial Media acquired both Nexage and Jumptap, and Twitter acquired NamoMedia and TapCommerce; a host of other, smaller acquisitions and mergers are too numerous to mention.

RTB and programmatic buying are clearly top of mind for everyone in digital advertising. Expect acquisitions to accelerate; it\’s the only viable way for most major players to enter the RTB market.

Location-based advertising in mobile has been the Holy Grail for years, its growth hindered by a lack of access to accurate location data and the inventory to go with it. Growth in smartwatches—especially the Apple Watch—combined with wide distribution for Apple Pay, will bring critical scale for location-based advertising, which will take off.

Marketers are already employing “location and object-based triggers based on technologies such as GPS, NFC and the Internet of Things” to increase ad relevancy in real-time, according to a study by Rebecca Lieb of Altimeter group. And spending on location-targeted ads will grow from $4.9 billion in 2014 to more than $15 billion in 2018, local media research firm BIA/Kelsey projects.

If consumer adoption of wearables is as strong as we predict, location-based mobile advertising could account for 25% of all mobile ad buys in 2015.

4. Mobile video advertising will grow 50%, at the expense of rich media

The launch of iPhone 6 and its rapid adoption means almost all high-end mobile devices will have large screens. An abundance of media-consumption-ready smartphones, along with faster cellular and Wi-Fi connections, means mobile video advertising will grow rapidly in 2015. That growth will come at the expense of rich media ads.

Advertisers continue to find that the high implementation costs associated with rich media do not bring additional ROI. As a result, in 2015 we will witness the death of mobile rich media and most HTML5 rich media creation platforms.

Video advertising, on the other hand, is well received by brands, consumers, as well as mobile publishers. It allows large advertisers to extend the reach of their television buys and provide very personal experiences to consumers via smartphones and tablets.

Based on the growth of media devices as well as brand adoption of mobile video ads, we project that mobile video advertising will grow 50%, at least, in 2015.

5. App usage will accelerate to account for 65% of total digital media consumption

With the increasing dominance of streaming media apps such as Netflix, Spotify, Hulu, YouTube, and iTunes, digital media consumption on mobile apps exceeded consumption via desktop in 2014.

That trend will only accelerate in 2015, with app usage accelerating to over 65% of time spent for digital media consumption.

Add in the abundance of app-exclusive services for transportation and communications, and the future is clear: we\’re in an app-ified world, and it\’s going to stay that way.

Although the mobile Web and in particular mobile search will remain popular, the superior user experience of apps will find the mobile Web relegated to fewer uses.

Programmatic buying has been one of the fastest-growing sectors in digital advertising; it is at an inflection point, with more rapid growth in the next few years, primarily driven by mobile.

As more consumers and ad spends shift toward mobile, programmatic ad buying will continue to boom, crossing the halfway point—accounting for 50% of all mobile buys.

Never before have there been so many personal touchpoints to reach a consumer—via smartphones, tablets, and, in 2015, wearables. The rise of mobile apps and programmatic buying were some of the most reliably “secular” mobile industry trends this year. With advances around programmatic private ad exchanges, first- and third-party data, and highly engaging ad formats, 2015 will be an exciting time to be in mobile advertising.